Summer 2018 and the short skip is rockin'

For hams who enjoy summer band openings on 10 meters and above, 2018 is shaping up to be a banner year. Here in the northeastern U.S., sporadic E short skip started in early May, and was still going strong on 10 and six meters as June came to a close.

If you're obsessed with digital  FT-8 and 10 meters (like me), it's been the best of both worlds - keyboard contacts have been possible almost every day on 28.074 MHz, the FT-8 frequency. Most of the signals coming into Connecticut are from the south and and midwest, notably the Carolinas, Florida, Illinois and Michigan, all showing up on the software's colorful waterfall display. During the month of June, I logged about 140 digital contacts, two thirds of them on 10 meters.

Ten meter sideband has been hot as well. A quick listen centered around 28.400 MHz finds lots of operators with regional accents, fading in and out in typical sporadic E fashion. Occasionally, European stations have cropped up on 10 meter FT-8, creating quite an American operator pileup.

It's become a summer tradition for me to monitor 28.425 MHz, home frequency of the quirky KC4TVZ in Atlanta. Todd, the operator, calls CQ on a recorded voice loop that seems to repeat endlessly. Operating style aside, he provides a dependable beacon for band openings into the southeast.

My YouTube recording of him is here: The 10 meter voice of Atlanta, Todd Burnett 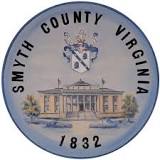 Moving to a higher frequencies, I still hear distant police agencies that use VHF low band, long since abandoned in most of the United States.  Missouri Highway Patrol crops up in the 42 MHz range, and this month (June) I started hearing the Smyth County, Virginia Sheriff's Department on 37.04 MHz. Several evenings in a row, I heard the same female dispatcher assigning calls in her light southern accent ("Can y'all head on over to...").

Finally, there is FM broadcast radio, where catching E-skip is a happy accident. You have to be listening in the right place at exactly the right time, and luck is as important as skill.

During a big sporadic E opening in late June, I came across KKLR-FM ("Best New Country") in Poplar Bluff Missouri - a distance of 1164 miles from my location. Ordinarily, 94.5 FM is home to a low power translator station in Danbury, CT, but not that evening. I listened to the KKLR announcer promote a restaurant and then talk about thunderstorms moving through the Poplar Bluff area, before playing a PSA about preventing opioid abuse.

I'm still keeping an ear on two frequencies - 87.9 and 87.7 FM, both below the authorized broadcast band but popular channels for pirate broadcasters. On 87.7 there is sometimes audio from a licensed LPTV station in New York City, which broadcasts in Korean. This is apparently legal, as the owners are only interested in the audio portion of the LPTV broadcast, which is used as a Korean radio station covering the Big Apple.
Posted by Pete Miller at 9:45 AM

Pete Miller
I have an eclectic set of interests centering around non-fiction writing, radio broadcasting, journalism, public safety and ham radio, with politics tossed in for good measure.